WIN a signed copy of Kevin Sinfield: My League Years in Words and Pictures 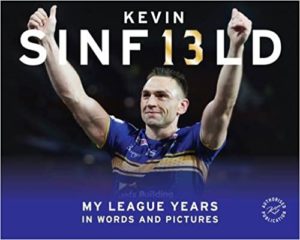 Kevin Sinfield MBE is one of the most widely regarded players in Rugby League history. He captained England & Leeds Rhinos, leading the club to seven Super League championships and two Challenge Cup successes.

Now Director of Rugby at Leeds, he holds multiple records for points-scored and is the only captain to have led a team to win three consecutive Super League titles.